Skip to content
Home > About Us > Pastor and Staff 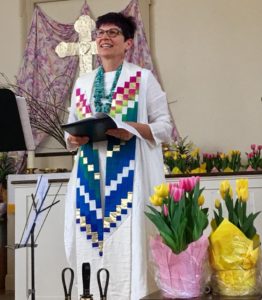 Cynthia was ordained as an Elder in the United Methodist Church in 1987. During the early part of her career, she served as full-time pastor for three churches in New England. Beginning in 1999, she shifted her focus to part-time and interim pastoral work in order to devote more time to her family. Over the past 17 years she served as interim pastor for more than a dozen churches. Before being appointed at Calvary, she was Interim Pastor at Lexington United Methodist Church, where she was raised, confirmed, and approved for candidacy in ministry.

Cynthia received her Master of Divinity degree at Yale Divinity School and her Doctorate in Ministry from Hartford Seminary, with a focus on spirituality, creativity, and worship. During seminary she devoted considerable time to working in homeless shelters and food banks and remains passionate about issues of social justice.

Cynthia is married to Alan Pratt and they have two children, Alden and Natalie. 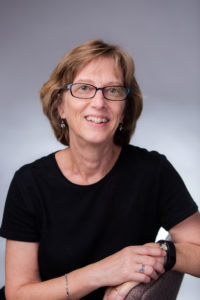 Lots of musical involvement while growing up in Sudbury United Methodist Church—singing in cherub, junior, senior, and folk choirs; playing guitar, piano, and organ—led to a passion for church music. Sue arrived at Calvary Church in 1994. Prior to coming to Calvary, she was the music director at United Methodist churches in Wellesley and Newton and a Lutheran church in Framingham. 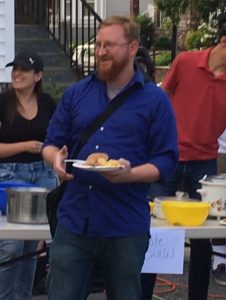 Ryan began working at Calvary in June 2018. He previously worked at King’s Chapel in Boston, where was the Church School Director for almost 3 years. He has a Masters of Sacred Theology and a Masters of Theological Studies, both from Boston University. He was raised and confirmed in the United Methodist Church, and his father and aunt are both ordained elders in the church.

Susan G. joined the Calvary staff in January 2014. She publishes the Sunday bulletins and monthly newsletters, updates the web page, manages rental requests, answers phone calls and email, and waters the choir room piano. She was raised in the United Methodist Church and started attending Calvary when she moved to Arlington in 1998. Before becoming the office admin, she was a stay-at-home, PTO-president, minivan-driving soccer mom, and in her previous work life was a technical writer at IBM. In her free time, she reads, skis, does crafty things, and drives her daughters around to Ultimate Frisbee and soccer.

Jim started taking care of Calvary’s building in 1991 and retired in 2019. We appreciate all of the work he put in over the years to make things run smoothly! 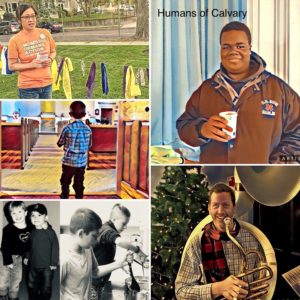